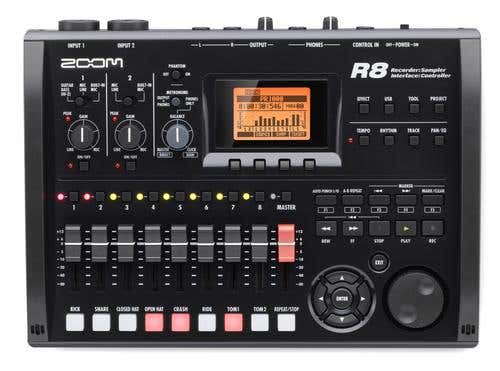 RECORDER
Simultaneous recording of 2 tracks and playback of 8 tracks. The R8 is the perfect tool for capturing audio on-the-go. Record live music performances, rehearsals, songwriting sessions or even audio for film and video. Playback up to eight tracks of audio at up to 24-bit/48kHz resolution as WAV files. If you make a mistake, use the UNDO/REDO function to cancel the last recording operation and restore the previous state. You can even mix down completed songs inside the R8 and save a mix for each project.

INTERFACE
Audio interface supports 2 inputs and 2 outputs. When combined with your computer, the R8 becomes a powerful audio interface. Connect the R8 to your computer via USB, launch your favorite DAW or use the included Cubase LE software and start laying down your tracks. Simultaneous 2-in/2-out capability allows you to record up to 24-bit/96kHz high definition audio. If you use the 44.1kHz sampling rate, the internal DSP effects of the R8 are also available for your computer tracks. A dedicated control lets you adjust the mixing balance between the DAW playback sound and the direct sound for monitoring.

CONTROLLER
Control surface functions for most DAW software. The R8 can be used as a control surface for DAW transport functions (play, record, stop) and mixing operations. Through a USB connection, you can control the transport and mixing functions of major DAWs such as Cubase, Logic, and Sonar from the R8. In addition, you can easily move multiple faders at the same time. No more mixing with a mouse! The R8 makes mixing a pleasure.

SAMPLER
8-voice sampler with 8 pads. The built-in sampler functions allow you to loop audio data on any track. You can play the pads in real-time and combine loops to create a performance for an entire song. When setting loop intervals, you can see the waveforms for visual confirmation. Time-stretching, which allows you to change the tempo without changing the pitch, and trimming the unneeded parts of loops, is also possible. You can use the sampler and recorder functions together seamlessly to play back loop tracks while recording instrumental performances on other tracks. 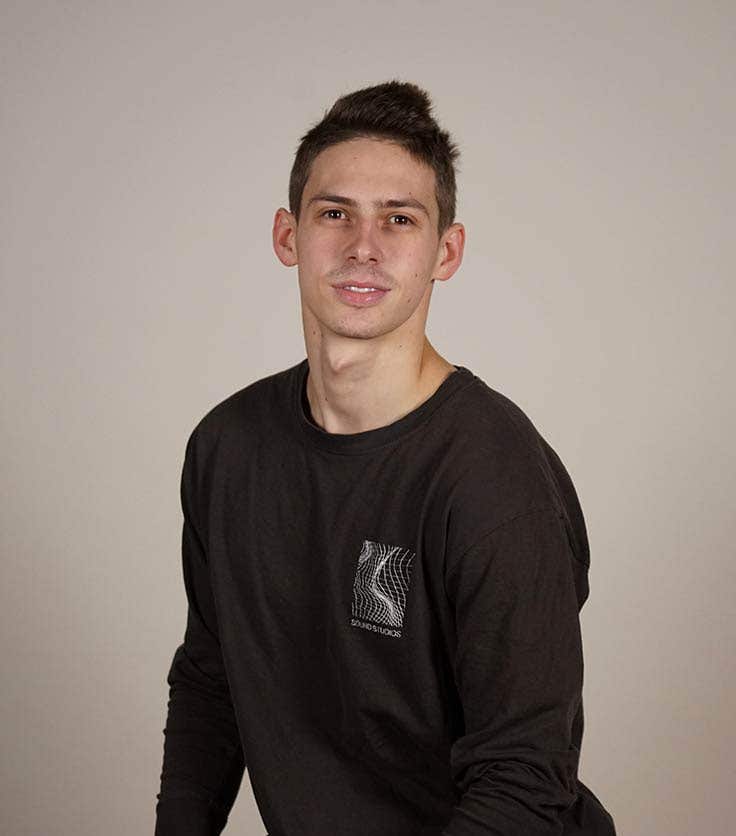