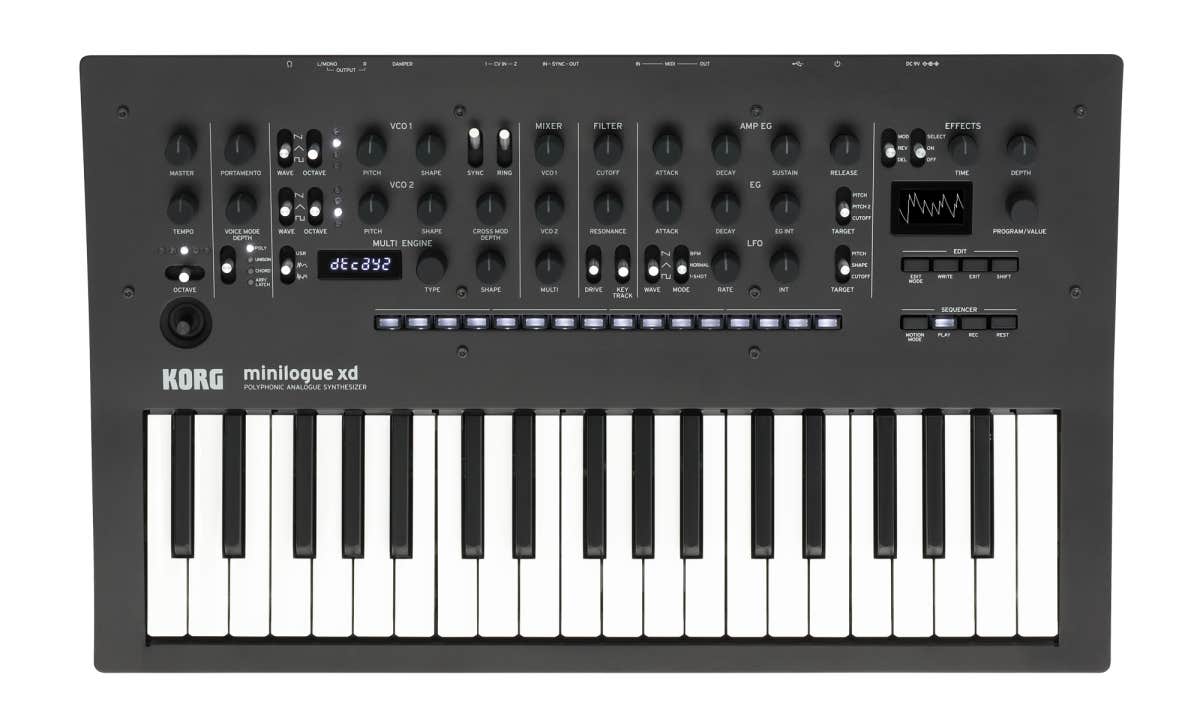 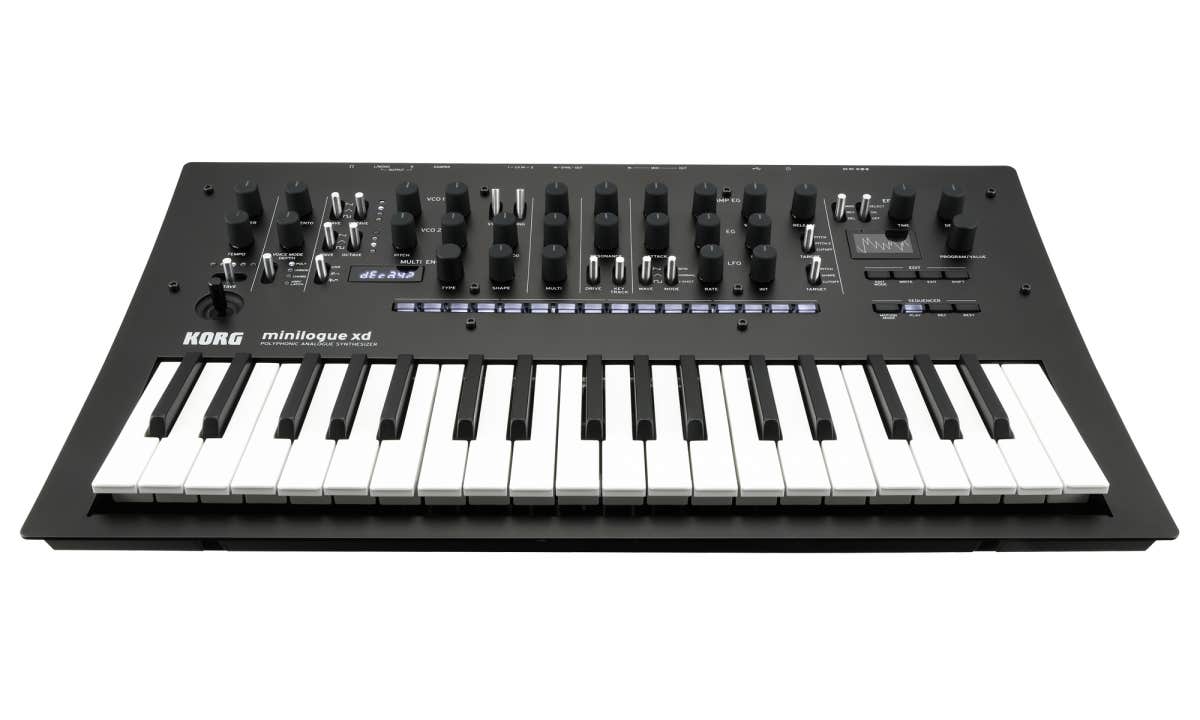 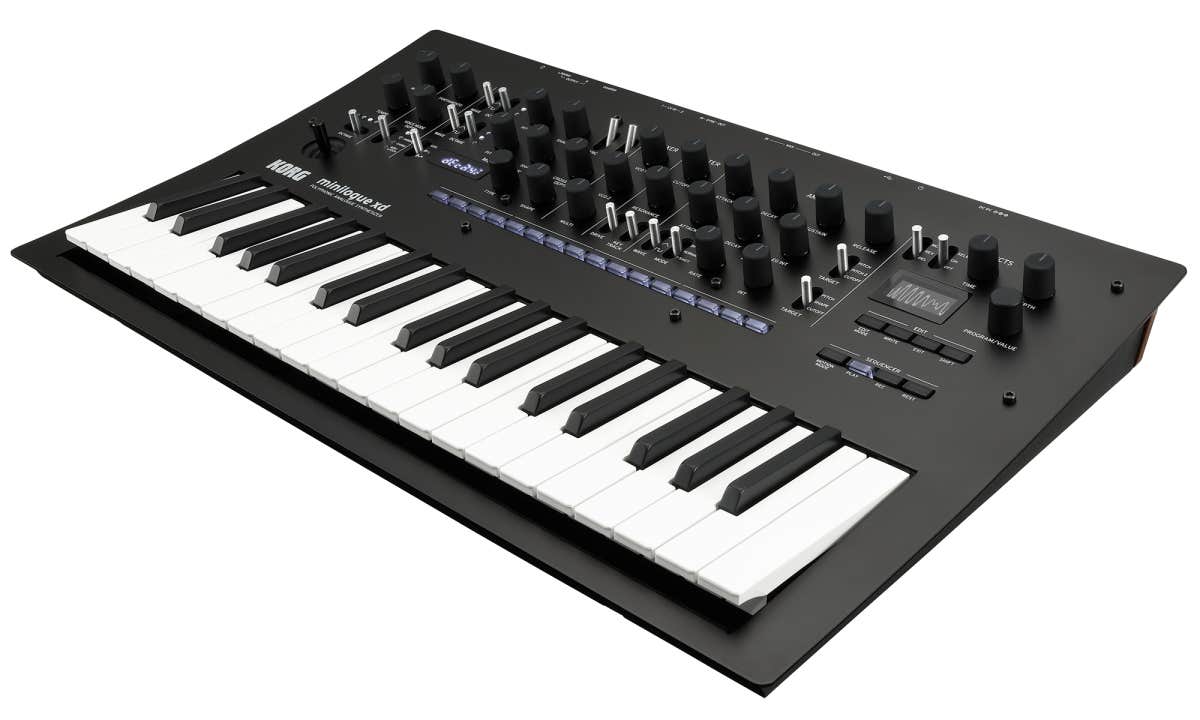 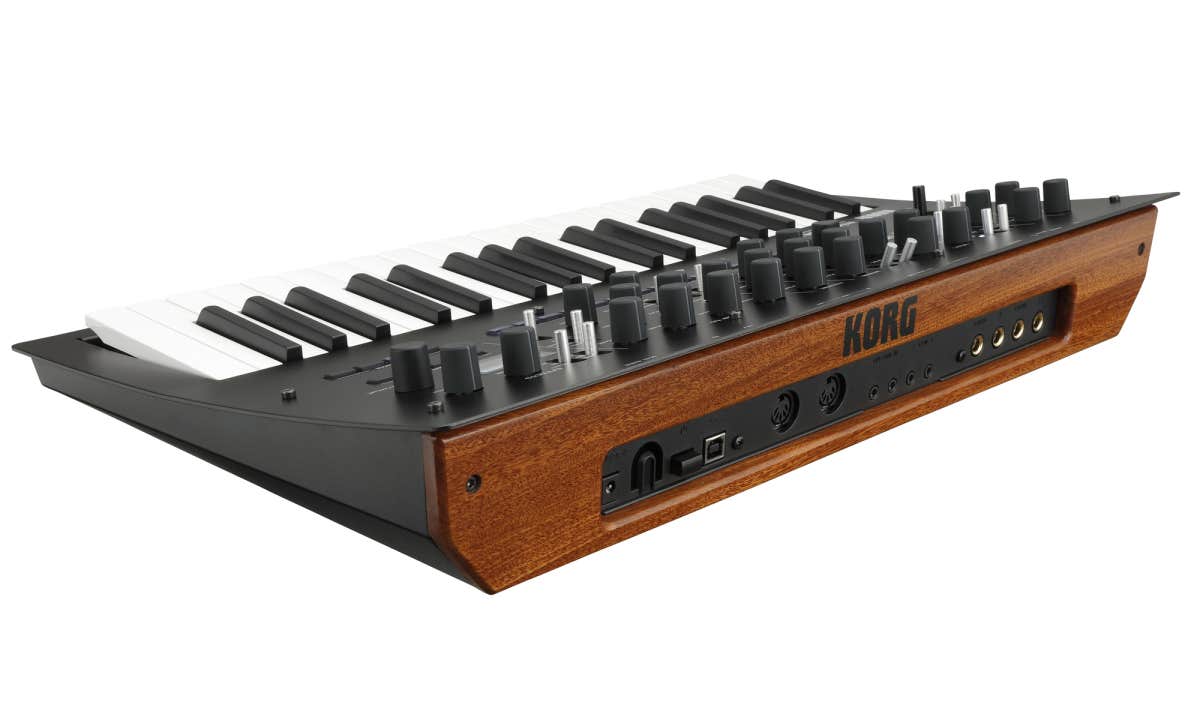 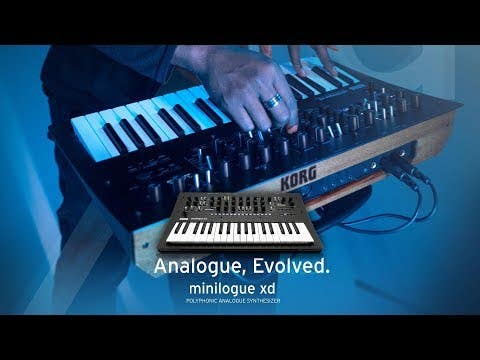 Analog synthesizer circuit that shatters expectations for its class

The analog synthesizer circuit of the minilogue, whose genuine analog sound had a huge impact on the synth world, has been further developed for the minilogue xd. Every parameter has been tuned in detail based on what musicians want out of their synth. The sounds range from the warm pads typical of analog to fat basses and crisp lead sounds, covering every situation.

In addition to emphasizing the same real analog sound and joy of controlling an electronic musical instrument offered by the original minilogue, the minilogue xd newly adds a digital multi-engine, effects, a powered-up sequencer, and micro tuning functionality, further expanding the possibilities for sound design and performance potential.

•Digital multi-engine provided as a third oscillator in addition to the two analog VCOs.
–This engine is equipped with three different types of sound generator (noise, VPM, and user slot)
•Polyphonic step sequencer controlled by 16 buttons
•Micro tuning function featured on the monologue, allowing you to individually adjust the pitch of each key.
–23 preset tunings are built-in that include some created by Aphex Twin and Dorian Concept, and users can also create and store six user scales
•Joystick controls pitch bend and modulation depth, etc. A desired parameter can also be assigned to the up/down axis
•Two CV IN jacks are provided, with voltage levels of -5V–+5V
•A stereo effect unit is provided at the final stage, and the output jacks are now also stereo. 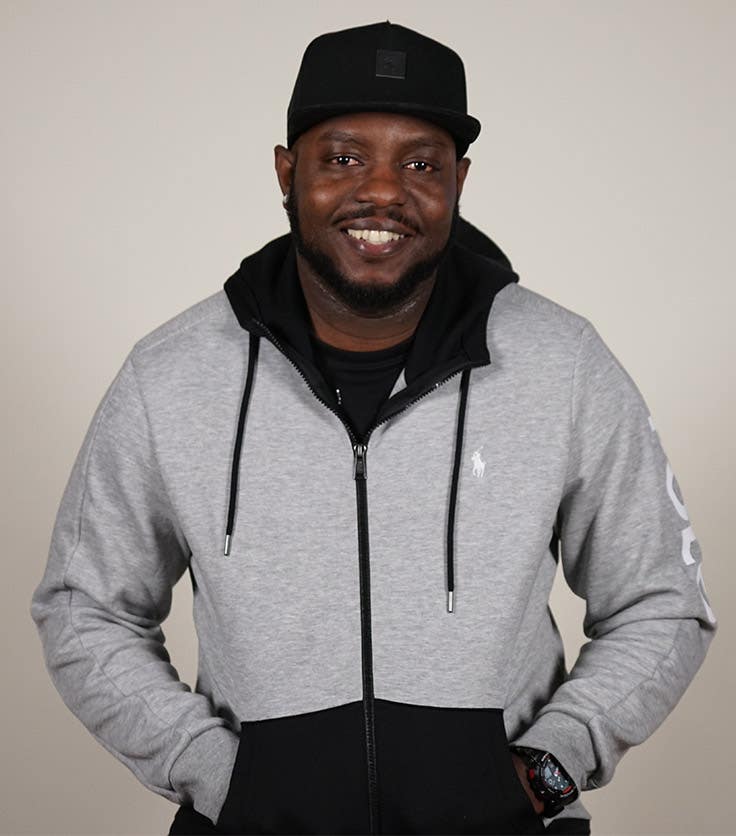