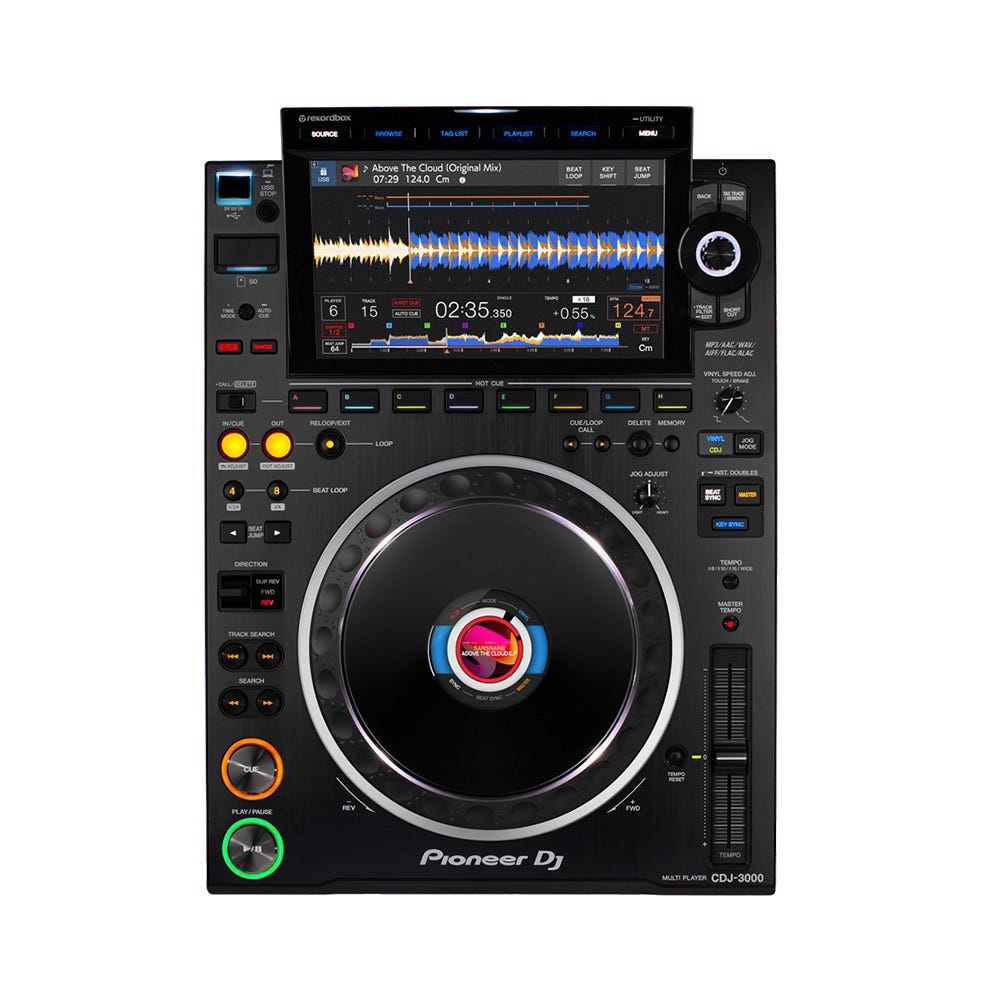 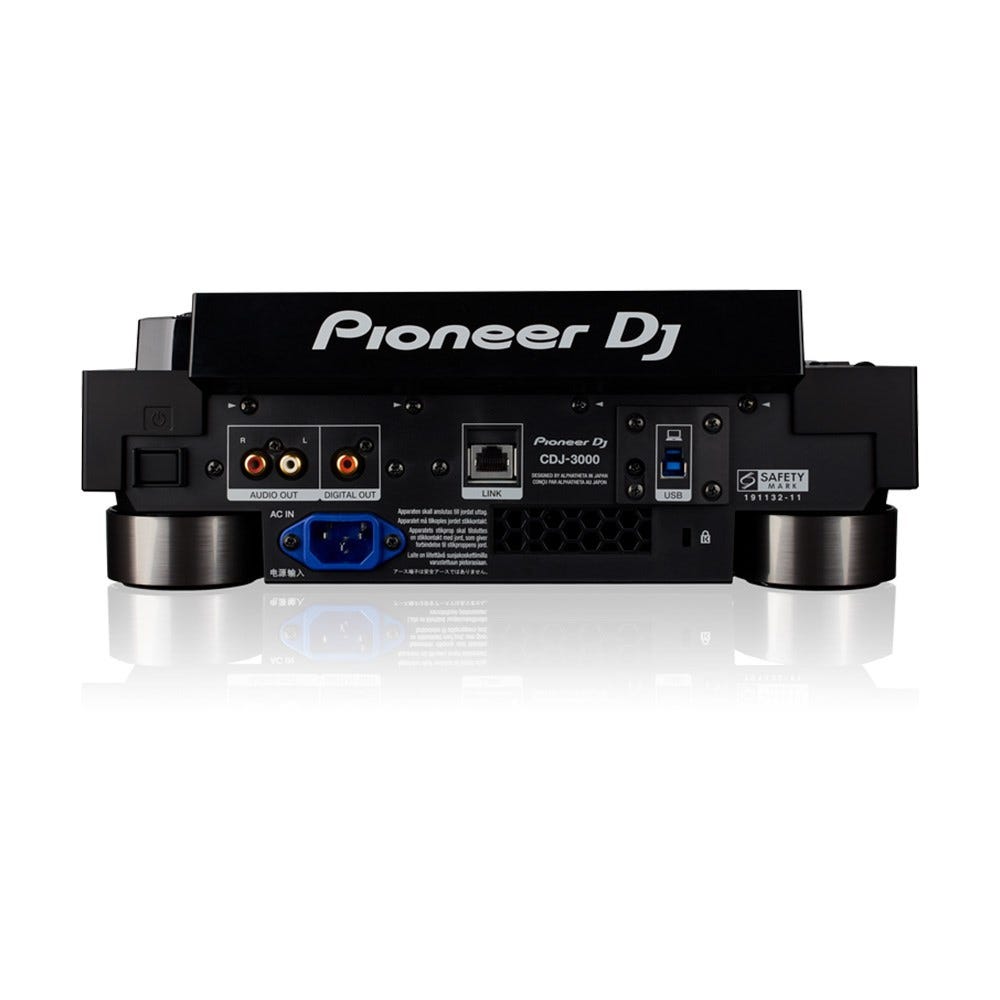 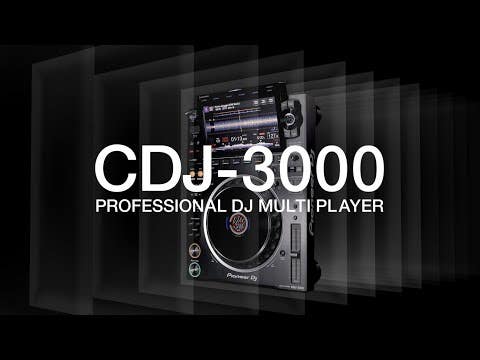 When you’re performing, you need to know the decks can make your creative vision a reality and handle everything you throw at them. The CDJ-3000 is designed to do that and more. The new MPU in the unit is the first to ever be put in a CDJ. It drives the unit, delivering stable performance and enabling advanced new features, and it works with the other parts of the player to create a smoother DJ experience. For example, you’ll notice that tracks and Hot Cues load faster than ever thanks to the capabilities of the MPU and Gigabit Ethernet connection. The CDJ-3000 is a rekordbox Hardware Unlock device too. So, to use Performance mode, all you need to do is to update to the latest version of the software, even if you’re using the Free subscription plan.

You won’t just hear the improvements in the CDJ-3000 – you’ll see them too. You can choose the information you want to view in laser-sharp detail on the 9-inch touch screen, which is bigger and a higher resolution than the one on the CDJ-2000NXS2. The intuitive user interface stays the same so you’ll feel at home, but there are added handy new controls such as shortcuts to make it easier to jump between different categories in your music collection.

New functions such as Touch Preview enable effortless and rapid track selection, and, with a host of other fresh features including Touch Cue, Stacked Waveform, and 3Band Waveform, you’ll always know where the perfect mix points are on the cued track and the one that’s currently playing.

All-new advanced MPU brings enhanced performance and rock-solid stability: Have faith in the decks
As well as expanded creative options, the CDJ-3000 brings even more stability and reliability to your setup.

Advanced MPU
With the new MPU, we’ve not only revolutionized the way the CDJ is driven but also made it work in a smoother, more stable way than any of its predecessors. The MPU’s processing power has enabled us to bring exciting new functions that weren’t possible before and gives us scope to introduce more features via future updates.

Pro DJ Link with Gigabit Ethernet
Thanks to the Gigabit Ethernet connection for Pro DJ Link, you can share and play audio files from USB devices and SD cards on up to six CDJ-3000 units when you combine them with the 6-channel mixer such as the DJM-V10.

Better screen visibility
The maximum screen brightness has been improved by more than 150% compared to that on the CDJ-2000NXS2, so you can crank it up depending on the environment you’re playing in and improve visibility.

Tougher components
The high-quality aluminum top plate and redesigned play, cue, and Hot Cue buttons are stronger than ever and the lockable V-Lock power cable*1 guards against accidental disconnections that could interrupt your show. The unit also comes with a high-quality digital cable that’s easy to handle and perfect for use in clubs and professional setups.

Enhanced audio design: Let your audience hear the true sound of the music and every nuance of your performance
We’ve poured more than 25 years’ worth of experience into creating the ultimate DJ sound, which faithfully reproduces the audio of each track as the producer intended it to be heard, while also reflecting the most intricate details of your performance.

The CDJ-3000 unifies internal audio calculation processing to 96 kHz/32-bit floating in all playable audio formats. As a result, the unit can capture the subtleties of the original sound source, including its depth and ambience, and even the slight changes in the timbre of the low range. Advanced audio processing technology such as variable speed playback, master tempo, and the new Key Shift function all help to create a more realistic representation of the spatial sound and a more musical bass sound than any other Pioneer DJ multi player has produced.

To get the maximum performance from the DAC (digital-to-analog converter), we’ve carefully reviewed each part of the circuit that outputs analog audio and made various improvements. We’ve also tuned the digital audio to achieve optimum sound quality in the player as a whole by testing numerous different components to find the best possible design for key parts. As a result, we’ve drastically reduced digital noise to create a natural sound that the crowd will want to listen to for long sets – even at high volume.

9-inch, high-resolution touch screen with never-seen-before features: Find all the information you need at a glance
With a touch screen that’s bigger and clearer than the one on the CDJ-2000NXS2, we’ve been able to add extra information, shortcuts, and buttons for frequently used categories and functions, such as Playlist and Search, so you can access them directly at any time. The GUI (graphic user interface) will feel familiar if you’ve used the CDJ-2000NXS2 before, plus you can customize the information you want to see and set preferences for aspects such as text size. You can now swipe on the screen to navigate and use the sort function to rearrange the track list by touching the display. All this makes for an improved workflow and helps you to browse tracks more instinctively. And a number of new features help you to choose the perfect track and the right moment to drop it into your mix:

Touch Preview
Listen to any part of a track you want to preview by simply touching its waveform in the relevant place in the browse section. If you have multiple CDJ-3000 players connected with the DJM-V10 or DJM-900NXS2 mixer via Pro DJ Link, you can even preview tracks from another player thanks to Link Cue.

Touch Cue
Listen to another part of the track that’s currently playing by touching the waveform – the crowd won’t hear what you’re doing. This comes in handy when you need to familiarize yourself with the progression of a track to identify a mix point, especially during DJ handovers and back-to-back sets. Link Cue (see above) even enables you to listen to different parts of the track that another DJ is playing on a separate player.

Stacked Waveform
Keep an eye on the enlarged waveform of the track on the master player and the one you want to cue up, all on one screen. Identify mix points and visually check the beatgrids are perfectly lined up at a glance.

Support for 3Band Waveform
Understand how a track sounds without even listening to it. 3Band Waveform uses different colors to indicate the volume of each frequency band in files analyzed by rekordbox so you can see the composition of the music just by looking at the waveform. 3Band Waveform comes in addition to the previous RGB and Blue options.

Key Sync and Key Shift: Mix in perfect harmony
Hit the Key Sync button and the CDJ-3000 will automatically adjust the key of the incoming track to match the one playing on the master deck, helping you craft a smooth and harmonic mix. With Key Shift on the touch screen, you can manually shift the key of a track up or down.

Our smoothest-ever jog wheel: Feel the difference
Effortlessly scratch and smoothly bend the pitch of tracks. We’ve redesigned the mechanism inside the jog wheel so it feels slicker than any unit we’ve ever made. The LCD screen in the center indicates playhead position and displays artwork for a quick visual reminder of which tracks are loaded on each deck.

Rebuilt range-leading performance interface: Effortlessly express your creativity
Get hands-on with the redesigned controls and new features of the CDJ-3000 – all arranged in a way that lets you play the CDJ like it’s a musical instrument.

Eight Hot Cue buttons
Intuitively trigger Hot Cues via the eight buttons that run from left to right underneath the waveform display. The linear positioning makes it feel more natural to select cue points according to their position in the track.

Advanced Auto Beat Loop section
As well as the popular 4-Beat Loop control from the CDJ-2000NXS2, the CDJ-3000 includes an 8-Beat Loop button for further creative possibilities. Want to make polyrhythmic loops? Use the expanded options for odd-numbered loops to remix sounds on the fly.

Flexible performance options: DJ the way you want to
Play rekordbox-analyzed music from USB drives via Export mode or connect your laptop with USB-HID control to use Link Export or Performance mode. Because the CDJ-3000 is a Hardware Unlock device, you can use Performance mode for free – there’s no need for a paid subscription plan – so you can play all the tracks in your rekordbox library, including any from Beatport/Beatsource LINK and SoundCloud Go+ (subscriptions required for streaming services).

You can even connect your iPhone to the CDJ-3000 via a USB cable*2 and mix music directly from the latest iOS version of rekordbox, which supports lossless file types including WAV, FLAC, ALAC, and AIFF as well as MP3 and AAC. 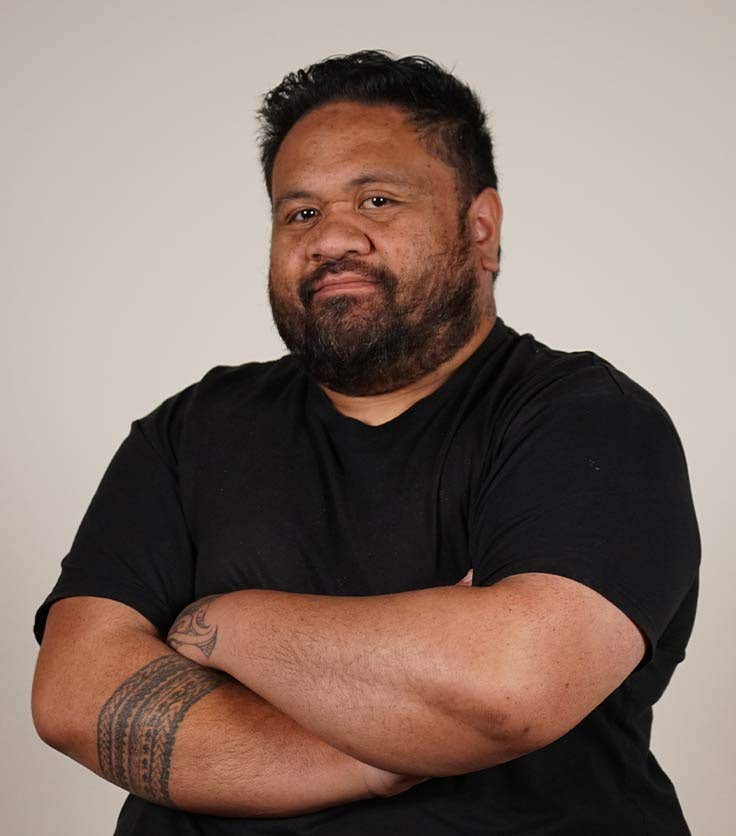